English
Home » News » Industry News » How to make an engine crane fold up?

What is a engine crane?

How to use a engine crane?

What is a engine crane? 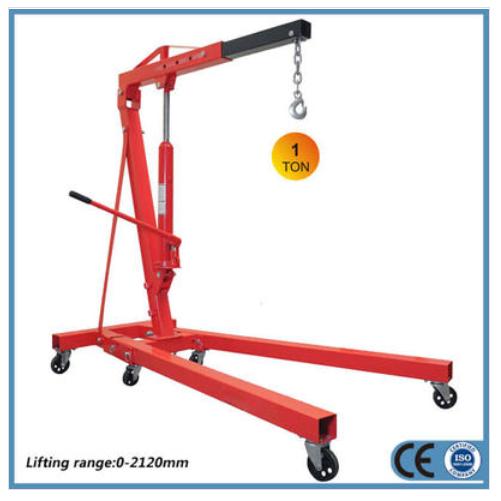 How to use a engine crane?

1. The operator must check the brake, hook, wire rope, safety device and other components of the crane, and rule out any abnormal situation.

2. When the heavy weight is lifted for the first time in each shift (or when the load reaches the maximum), the weight should be lowered again after the lifting height is 0.5 meters from the ground, so as to check the performance of the brake and carry out normal work after it is confirmed reliable.

3. During the operation, the operator shall ring the bell to alarm the following operations according to the provisions.

(2) If the line of sight is not clear, the crane shall ring the bell to alarm continuously when moving or passing.

(3) When the crane moves close to another crane within the span.

4. The operation shall be carried out according to the unified command signal.

5. In case of sudden power failure during work, all controller handles should be placed at the "zero" position, and check whether crane movement is normal before working again.

6. The limit position limiter of the crane shall not be used for parking, and the lifting mechanism brake shall not be adjusted under load.

7. During operation, keep a close eye on the direction of operation and the presence of unmanned or obstructions nearby. When the work is finished, the engine anchor should be located.

8. After work, raise the crane hook to a certain height, park the truck at the designated position, put the controller handle at the "zero" position, pull down the protection box knife switch handle, and cut off the power supply.

9. Carry out daily maintenance of the crane and make handover records.