How to bleed a bottle jack？

This article contains the following:

When should i bleed a bottle jack?

Steps to bleed the bottle jack

1.When should i bleed a bottle jack? 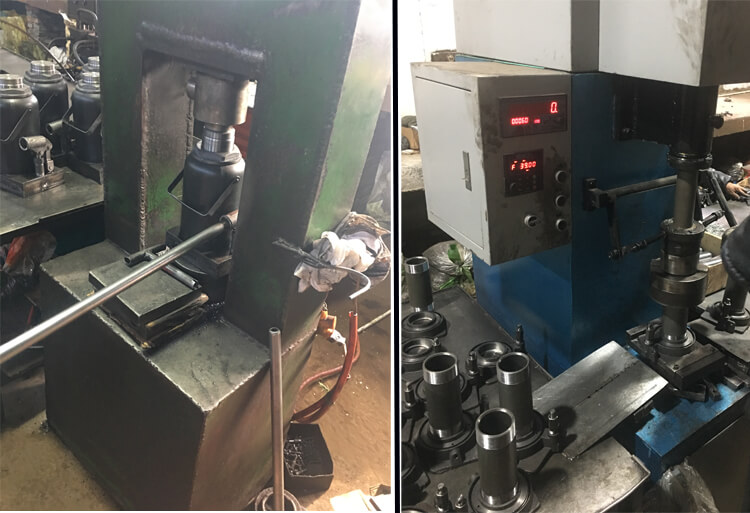 2.Steps to bleed the bottle jack

(1) If the bottle jack is attached to an engine hoist, I suggest removing it from the hoist before bleeding it;

(2) Take a pump handle and open the bleed valve by turning it counterclockwise. The bleed valve is usually located on the bottom of the bottle jack, next to the pump handle socket. Wait till the ram is lowered to the lowest position;

(3) Remove the oil fill plug which should be located in the middle on the side of the bottle jack. You may need to use a flathead screwdriver to remove the plug;

(5) Check the oil level in the bottle jack, before placing the oil plug back into the cylinder.

(6) Fill a hydraulic oil into the bottle jack if necessary;

(7) Place the rubber oil plug back into the cylinder;

(9) Pump the jack to the maximum height and check if everything works properly.

Reinstall the jack back to the hoist. Test the jack with a lower capacity load before using it to lift a heavy load. If bottle jacks still does not work properly, repeat the steps 1-7.

(2) Before performing maintenance on the bottle jack, be sure to read the user manual first. Different models have different mechanisms. Although different types of bottle jacks have similar deflation methods, if there is an instruction manual, please follow the instructions in the manual.

When the bottle jack enters the air, the above-mentioned exhaust method can be adopted. Please pay attention to the precautions of bottle jacks bleed and operate it correctly.